Langston is a contender again heading to Budds Creek national

While Langston and Brown are set for another showdown in the 125s, Ricky Carmichael is off to another great start in the 250 series. Even though he lost a moto for the first time in nearly two years last week in Massachusetts, the five-time 250 champ just keeps winning in spite of a much ballyhooed challenge from Kawasaki’s young star James Stewart, which so far hasn’t fully materialized. Yamaha’s Chad Reed, however, is keeping Carmichael honest by beating the reigning champ in moto one last week.

Langston’s victory in the opening round in Sacramento last month proved to be a costly one. He made a last ditch effort to pass leader Mike Alessi on the final turn, but lost control of his Monster Energy Drink/Pro Circuit Kawasaki and both riders crashed. Even though Langston was able to remount his bike and cross the line for the win, he’d severely dislocated his left ankle in the process. A week later, Langston was forced to pull out of the race in Mt. Morris, Pa., after snagging his foot in a rut and again hurting the tender ankle.

So it was a shocker last Sunday when Langston came back to win at Motocross 338, considered to be the roughest track in the series.

“I have to say I was a little surprised myself that I was able to win at Southwick,” said Langston, who won the AMA 125 Motocross Championship in 2003. “The ankle was still very sensitive, but I guess adrenaline kicked in and I didn’t notice it much while I was racing. As soon as I took that checkered flag, though, the throbbing came back in a big way.”

Langston is cautiously optimistic about his chances of catching Brown in the title chase.
“He’s got a full moto on me (25 point lead),” Langston said. “That’s a lot, but it’s still early in the series. I’m hoping the ankle continues to get better and I’ll be able to ride even stronger as the season progresses. One thing’s for sure; I can never do anything easy. I always seem to have drama surrounding me.”

Thee straight podium finishes have given Brown the lead in the 125 class. He’s gunning for a second title in the series, which he first won in 2001, the same year he took the victory at Budds Creek.

“I’m happy with how things have gone so far,” said Brown who rides a privateer Honda backed by Jim’s Motorcycle Sales in his hometown of Johnson City, Tenn. “I would like to get some wins here soon. I haven’t had what I would consider any great rides so far this season, but I still have the points lead and that’s my goal.”

Mike Alessi and Ivan Tedesco are tied for third, just a single point behind Langston. Alessi has earned a win already this year and Tedesco is hoping to score his first podium at Budds Creek.

After three rounds, Makita Suzuki’s Ricky Carmichael remains unbeaten and holds a 29-point lead over Yamaha’s Chad Reed. Carmichael’s record streak of 31 consecutive moto victories came to an end when he crashed and finished second to Reed last week at Southwick. The defending champ rallied and won the second 250 moto to keep his overall unbeaten streak intact. In spite of winning Carmichael was disappointed over his moto loss.

“I let the team down,” Carmichael said. “A lot of people will say they knew I couldn’t have a perfect season with Suzuki, but it wasn’t the bike’s or the team’s fault, it was just a mistake on my part. Fortunately it didn’t cost me the overall.” Carmichael is the only rider ever to post two perfect seasons, both of which came while riding for Team Honda.
Carmichael is looking for a record sixth-straight Budds Creek 250 National victory. The only other rider in the field to win the race is Honda’s Kevin Windham. Windham is ranked third in the championship coming into Sunday’s race.

“That was something I’ve been trying to do for a long time,” Reed said. “It feels good to finally get a moto win. Hopefully I can build on that and get an overall win before long.”

Three-time Budds Creek 125 winner James Stewart is hoping to earn a breakthrough 250 win at the track he does so well on. The first-year 250 rider scored no points last week in Southwick after pulling out of the race complaining of feeling lightheaded and dizzy. He dropped to ninth in the standings and his championship hopes are getting dim. Still Stewart has shown the speed to run with Carmichael at times this year and a victory could quickly turn his season around.
Budds Creek will be televised on OLN, June 25 at 4 p.m. (250 class) and June 30 at 5 p.m. (125 class) Eastern. Check local listings to confirm times. 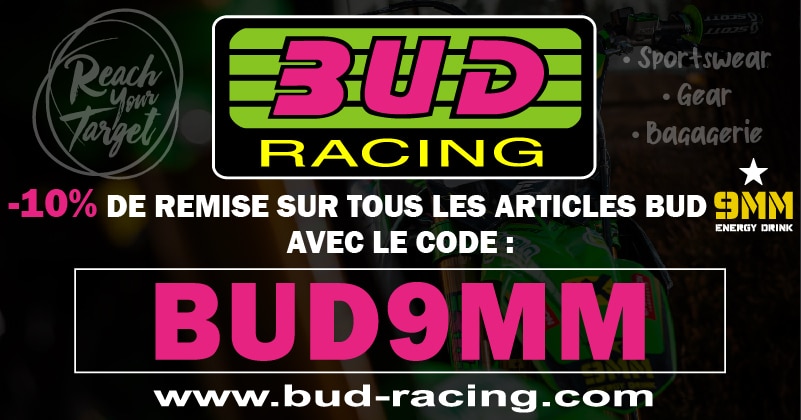