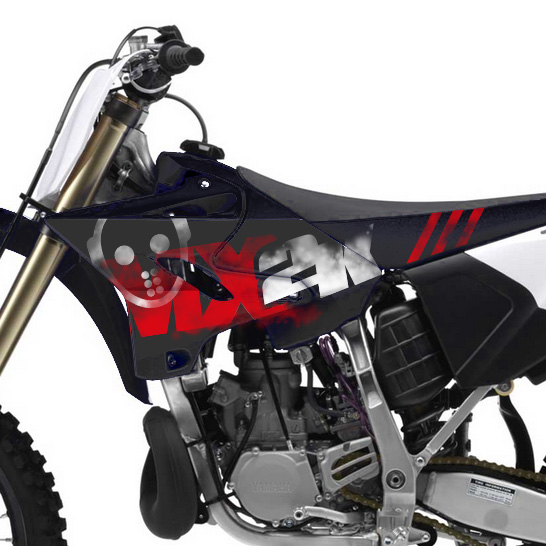 La crise, bordel ...
https://www.supercross.com/component/fireboard/?func=view&catid=1&id=345101
Monster Energy Yamaha rider Josh Coppins might not be the same rider he was at the peak of his career, but he is still a top five rider on the Grand Prix scene and one of the riders who can fight for a Grand Prix victory.

Coppins wanted to head back to Australia at the end of this season and finish off his brilliant GP career, however a possible move from Chad Reed to race in Australia (and take the ride Josh wanted) is now slowly the semi-retirement plans of the Kiwi. Josh has a few options for 2010 and we decided to sit down and chat with the New Zealander and find out what's on his mind.
Q: You first wanted to head back to Australia, but that seems to have changed for you?
Coppins: My original plan was to head back down to Australia, I have been here a long time with the economy the way it is in Australia it's been a little harder to do the deal down there. It isn't looking as promising as it was, so now maybe I need to reconsider and look at staying here longer. I will decide in the coming weeks, just see what is happening.
Q: I noticed that Chad Reed has decided he might head back to Australia and race there in 2010.
Coppins: That is right and where is Chad from Australia, and where is Chad from Suzuki, so it's normal that he is first in line, it makes sense. There are other riders like Reardon who is struggling a little in America, so he might head back to Australia, so there are not so many spots down there, and there are also cut-backs in Australia.
Q: You are not too bad in the championship this year despite not really riding like you can. Are you happy with how it's going?
Coppins: It's possible to go top three; I had too many races at the start of the season that were not too good. My age is a problem, I am 33 this year, and of course it's not easier. I have something to offer the teams and for sure there are places. Australia is still possible; I am still looking at that direction a little. I am feeling good now and feeling strong and I am looking forward to the last races. It is possible, I have to be open minded and Australia looked like it was where I was going.
Q: So for 2010 Josh Coppins will probably be in Europe?
Coppins: I am open minded, but an extra year here won't kill me. Every year is tougher because there are younger kids coming in. I was looking forward to going home, but I also enjoy Europe. Every year is tough, I remember when you talked to me last year and we talked about it being tough with maybe 10 possible winners this year, but it didn't pan out like that. Every year is going to be tough, even 2007 with a 100 point lead was tough.
Q: Obviously the World credit crisis is hurting the sport. What is your opinion on it?
Coppins: A lot of the riders are young and some of them will still earn more money, because they were not earning that much money before. I will say they will struggle those younger guys, they won't get the big pay days like before, which is a shame. It's more like a good paid job now rather than setting yourself up for life after racing. Even Antonio, he looks like he will be World Champion and it looks like he won't get the rewards he deserves. He will do well for this year, but contacts for next year might not be what he had hoped.
Q: You often talked about racing in America. Is that still something that interests you?
Coppins: I would love to do America, but there will probably be even worse cut-backs than here. To get a good deal with good money is nearly impossible. By the time I get my visa, pay to get my family there, buy a car, set myself up, and pay to get to the races, there wouldn't be anything left, and I am not racing there (America) for free. It makes no sense. I know there are American riders now looking at coming to Europe to race.
Q: Did you watch Desalles ride in America?
Coppins: I didn't see it, I did follow it, and I watch most of them, but I didn't watch the race. I followed the results though.
Q: What about Team New Zealand in the Motocross of Nations, the Aussies might have your number this year?
Coppins: The Aussies were not so good last year. I don't know about that. We talked about this year being so competitive, but Motocross is an unpredictable sport and that is why we love it and I think the des nations will be the same. America will be strong; Australia could be strong, Italy and France. France is looking better than normal, Italy has two good MX1 riders and a good MX2 rider and it's in Italy. New Zealand isn't so strong, we miss Ben as normal, and Cody might not be coming, he doesn't know his future for next year and the budget to bring him is a lot and they want to do it properly. We will be ok, but not like in 2004, 2005 and 2006 when we were top three. It's a shame because by the time I am done Ben will be back from injury and we won't have the strongest team.